The Politics Of Resentment 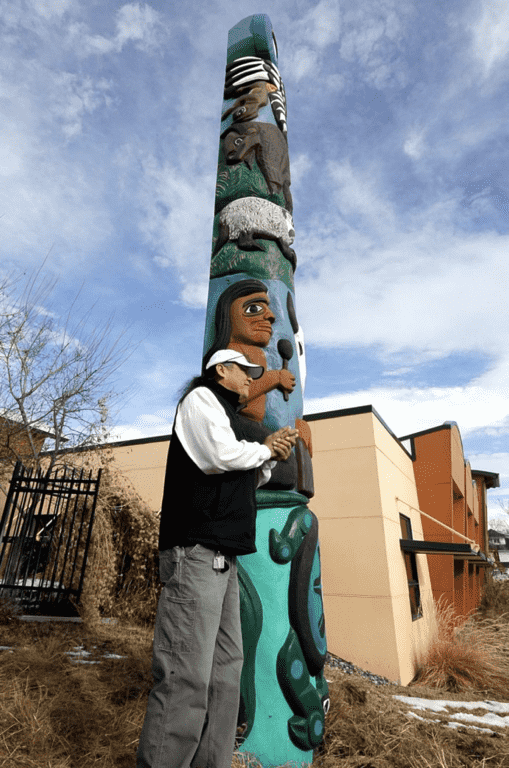 On October 16, 2013, I became aware of a new PAC called SaveWhatcom, registered by KGMI radio host Kris Halterman and Lorraine Newman. Halterman is noted in my Anti-Indian Conference article at IC Magazine, having interviewed CERA celebrity Elaine Willman at the April 6, 2013 CERA gathering. Halterman had Willman on her March 30, 2013 show Saturday Morning Live, saying the April 6 conference would teach local officials and citizens how to take on tribal governments. On Halterman’s November 3, 2012 show, Willman called for an end to tribal sovereignty, stating, “Tribalism is socialism, and has no place in our country!”

In August and September, 2013 — as I soon learned — the Gateway Pacific Terminal consortium had funneled $149,000 into the SaveWhatcom and WhatcomFirst PACs, run by KGMI radio hosts Kris Halterman and Dick Donohue—both of whom I had noted in my May 5, 2013 IC Magazine article, White Power on the Salish Sea: The Wall Street/Tea Party Convergence. In this article, I noted the following about Donohue and Halterman:

On March 30, 2013, Donohue interviewed CERA board member and Minuteman Tom Williams, who promoted the untrue idea that Indians have citizenship privileges without paying taxes, and noted that CERA was currently mounting a national offensive to terminate tribal sovereignty. On April 6, Donohue and Halterman interviewed Willman and Phillip Brendale live from the Anti-Indian Conference, who declared that the purpose of the regional gathering was to “Take these Tribes Down.”

“I have been provided a copy of your recent article, How Property Rights Can Become Property Wrongs, published in the Whatcom Watch. I was asked to explain your apparent effort to tie several violent racial events in the past to current efforts by Whatcom County property rights organizations, including the Whatcom County Association of Realtors, advocating for property rights protections in our county.

While the article does not directly accuse the Realtors of some of the more heinous acts you describe, you do state “Powerful political forces masked in seemingly constructive organizations like the … Washington Realtors [sic] Association (including each group’s local level organizations), fund and interact with property rights groups.” Whatcom Watch, October-November 2013, pg. 8. You continue by alleging that these groups, including the Realtors, use these groups “to do much of their work for them.” Id. These statements are not accurate.”

The reference cited in the article by Ms. Robson that disturbed Mr. Eskridge is from Wise Use in Northern Puget Sound, Appendix II, paragraph 7, which states, “These groups, such as the Master Builders Association, the various county chapters of the Affordable Housing Council, the local Chambers of Commerce, and realtor’s associations, provide the leadership and funding for creating front groups like the Property Rights Alliance, SNOCO PRA, Whatcom CLUE and other so-called grass-roots groups.”

In Appendix VIII, source number 167, the Seattle Times notes the financial contribution from the Washington Association of Realtors to Initiative 164, the property rights initiative. As noted in source number 170, the Seattle Times quotes Secretary of State Ralph Munro, who ordered an investigation by the State Patrol regarding thousands of fake Initiative 164 signatures.

On November 21, 2013, in an article at the Seattle Times titled On Behalf of North Dakota and Montana, McKenna calls Washington coal study unconstitutional, former Washington Attorney General Rob McKenna wrote a letter to Washington State that questioned the constitutionality of Washington’s Department of Ecology review of the proposed coal-export terminal at Cherry Point. In his unsuccessful 2012 bid for governor against Jay Inslee, McKenna made his support for coal-export terminals a major issue.

In Trampling on the Treaties: Rob McKenna and the Politics of Anti-Indianism, a 2012 report by Chuck Tanner and Leah Henry-Tanner, the authors examined Washington gubernatorial candidate McKenna via his career as a public official opposed to treaty rights, as well as his working relationship with Anti-Indian activists and organizations. As the Tanners note:

“McKenna’s Anti-Indian policies and ideas, and his willingness to ally his public office with opponents of tribal rights, should raise a large red flag for all people in Washington state who support respectful relations with Indian Nations.”

The Tanners observed that as Washington Attorney General, McKenna’s legal briefs “provide a political framework for backlash against Indian Nations”…His actions as Attorney General, “point to a pattern of disrespect for the basic rights of indigenous nations”…When McKenna perceives a state interest at issue, “he will oppose the fundamental rights of Indian Nations and ally with anti-Indian activists to achieve his goals”.

Three summers ago the company that wants to build the largest coal export terminal in North America failed to obtain the environmental permits it needed before bulldozing more than four miles of roads and clearing more than nine acres of land, including some wetlands.

Pacific International Terminals also failed to meet a requirement to consult first with local Native American tribes, the Lummi and Nooksack tribes, about the potential archaeological impacts of the work. Sidestepping tribal consultation meant avoiding potential delays and roadblocks for the project’s development.

It also led to the disturbance of a site from which 3,000-year-old human remains had previously been removed — and where archeologists and tribal members suspect more are buried.

Pacific International Terminals and its parent corporation, SSA Marine, subsequently settled for $1.6 million for violations under the Clean Water Act.

According to company documents obtained by EarthFix after the lawsuit made them public, Pacific International Terminals drilled 37 boreholes throughout the site, ranging from 15 feet to 130 feet in depth, without following procedures required by the Army Corps of Engineers under the National Historic Preservation Act.

On November 26, 2013, IC Magazine published my editorial Cherry Point Ownership, in which I noted that the August 2013 Whatcom Watch insert by Jewell Praying Wolf James revealed that the Lummi people did not sign away Cherry Point in the 1855 Treaty of Point Elliot. As Mr. James wrote, Cherry Point was part of the original Lummi Reservation, not part of the lands ceded under duress to the U.S. Government. Only in 1872 was Cherry Point illegally removed from the Lummi Reservation by Presidential Executive Order, in order for the Bureau of Indian Affairs to unlawfully sell the property to white squatters. As one of the most important ancient Lummi village sites, Cherry Point ownership, in 2013, had been in dispute for 141 years.

In January 2014, Whatcom Watch published What Would Corporations Do? Native American Rights and the Gateway Pacific Terminal, Sandra Robson’s detailed account of money-laundering by the coal export consortium into the hands of CERA-supporting, Tea Party-led PACs. The footnotes of her cover story include a link to my IC Magazine article White Power on the Salish Sea: The Wall Street/Tea Party Convergence, as well as the referenced April 26, 2013 IREHR report “Take These Tribes Down” by Charles Tanner Jr.

On January 15, 2014, Indian Country Today published an article by Winona LaDuke titled Crow and Lummi, Dirty Coal & Clean Fishing, in which she notes that Cherry Point, home of the ancient Lummi village of XweChiexen, was the first site in Washington State to be listed on the Washington Heritage Register. As a 3,500-year-old site, she said, “It is sacred to the Lummi.”

As one of the most prominent American Indian intellectual celebrities, Winona works a lot with Native American environmental activists that are trying to change their tribal governments to be less dependent on Wall Street, so they can make better choices. She has done many good things for tribes, including her own, to get back on a more sustainable track. This April 17, 2010 talk by Winona is a particularly good one.

On page 12 of the January 15, 2014 issue of Cascadia Weekly, in an article titled Draw the Line by Tim Johnson, he noted that the waters at Cherry Point are home to one of the best crab fisheries along the coast, and that this fishery sustains many tribal families. In the article, he quotes Jeremiah “Jay” Julius, secretary of the Lummi Nation Governing Council, a fisherman and crabber descended from tribesmen who have fished the waters off Cherry Point for centuries. Featured in a KCTS documentary and related PBS News Hour piece about the proposed Northwest coal terminals, Julius stated, “The sacred must be protected.”