Introduction As we recognize the Anti-Indian Movement on the Tribal Frontier 25-year anniversary, I recommend reading A Mandate from God: Christian White Supremacy in the US, which examines the driving force of…

A Free Press On February 5, 2014, Gateway Pacific Terminal spokesman Craig Cole threatened Whatcom Watch with a SLAPP suit, which I covered for IC magazine in my February 8…

The Politics Of Resentment On October 16, 2013, I became aware of a new PAC called SaveWhatcom, registered by KGMI radio host Kris Halterman and Lorraine Newman. Halterman is noted…

Introduction In 2000, the Montana Human Rights Network published  Drumming Up Resentment: The Anti-Indian Movement in Montana by Ken Toole, who noted that in addition to vertical integration from local…

Special 25th Anniversary Re-Issue In 1986, Dr. Rudolph Ryser began a 6 year undercover investigation into the extreme Right-Wing Movement based on and near Indian Country Reservations. This movement continues… 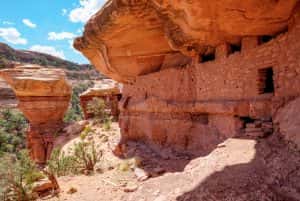 It’s no secret that releasing massive segments of Bear’s Ears and Staircase from monument designation also releases restrictions on resource extraction. The monuments exist within a geographical region known as…

Exploiters must be made to pay the Price!

David Archambault II, the former chairman of the Standing Rock Sioux tribe led the defense of his nation against the Dakota Access pipeline–a conflict with the United States and Oil…

This month the Trump administration began the process to make good on a campaign promise: to overturn the Obama-era national monument designation of Bear’s Ears and Grand-Staircase Escalante in southern…

I have been in a discussion with representatives of the European Council’s Regions that met in Brussel’s this week regarding their position in the European Union. The Regions are nations…