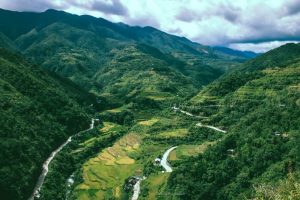 Exploiters must be made to pay the Price!

David Archambault II, the former chairman of the Standing Rock Sioux tribe led the defense of his nation against the Dakota Access pipeline–a conflict with the United States and Oil…

The third largest criminal activity in the world is human trafficking or bluntly, modern slavery.Twenty-two million to Thirty-eight million people in the world are victims of slavery–involuntary servitude. The Indian…

My colleague Heidi Bruce writes in “Paved with Bad Intentions” a piece recounting the Ñatho (Otomî) efforts to stop construction of the Toluca-Naucalpan Super Highway by the Mexican government, “lasting…

“Trail of Broken Treaties:” For Renewal of Contracts — Reconstruction of Indian Communities & Securing an Indian Future in America   Forty-two years ago October 31 the “Trail of Broken…

The words we use to discuss the political future of indigenous nations is changing. A new discussion about indigenous nation governance is moving to the international table: UN Permanent Forum…