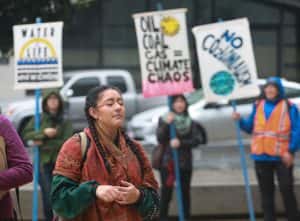 The Center for Traditional Medicine gladly shares it’s collection of scholarly papers with the public to shed more light on the knowledge of the ages. These are the new added…

Twenty-five Tulalip, Muckleshoot and Colville Tribal members earned Center for Traditional Medicine Herbal Medicines Certificates after nine-months of intensive studies under the instruction of Valerie Segrest from the Muckleshoot Tribe….

Nations in the Nuclear Cloud

Wild Berries for Winter Health By Elise Krohn Elise@cwis.org CWIS Fellow for Native Plants and Nutrition We are in the thick of winter. It has been cold and rainy for…

She was an intern at the Center for World Indigenous Studies in 2001 and then she took on the important responsibilities of a CWIS Fellow focusing on Traditional Medicine Policy. …