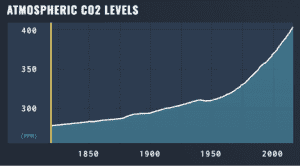 CWIS Study Preliminary Findings The world’s indigenous peoples who are reliant on natural foods and medicines are at great risk due to growing CO2 levels in the planet’s atmosphere. The…

DR. KIAUX TO RECEIVE HONORARY DOCTORATE IN RECOGNITION OF HIS LIFE LONG CONTRIBUTIONS You may not recognize the name Kiaux, the name his mother gave him when he was born…

The “Blue Water Rule” and the self-determination of nations

As far as the United Nations and most UN member states are concerned, self-determination has its limits. States such as Turkey, Syria, Spain, PR China, Pakistan, Israel, USA, India and…

Twenty-five Tulalip, Muckleshoot and Colville Tribal members earned Center for Traditional Medicine Herbal Medicines Certificates after nine-months of intensive studies under the instruction of Valerie Segrest from the Muckleshoot Tribe….

Warming past the point of no return [UPDATE]

Nations in the Nuclear Cloud

The heavily militarized police departments across the United States are taking a terrible toll on the lives of mostly unarmed people of color–both men and women. The Center for Disease…

Max Blumenthal writes in his column “The Next Gaza War” that more than 500,000 Palestinians in the Gaza Strip remain displaced by Israel’s relentless bombing in 2008 when more than…