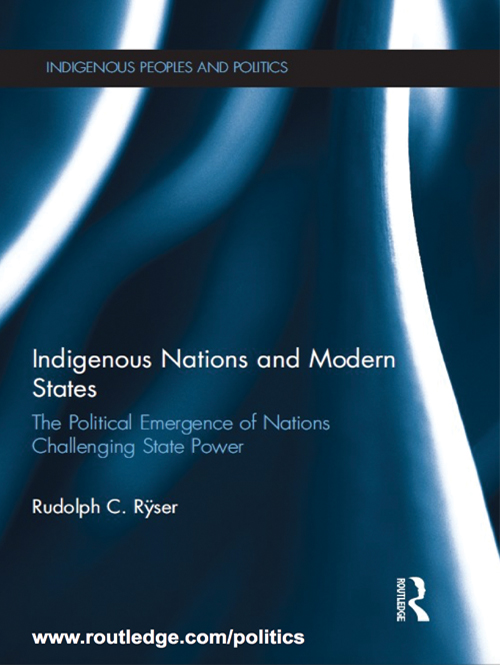 Indigenous peoples throughout the world tenaciously defend their lands, cultures, and their lives with resilience and determination. They have done so generation after generation. These are peoples who make up bedrock nations throughout the world in whose territories the United Nations says 80 percent of the world’s life sustaining biodiversity remains. Once thought of as remnants of a human past that would soon disappear in the fog of history, indigenous peoples―as we now refer to them―have in the last generation emerged as new political actors in global, regional and local debates. As countries struggle with economic collapse, terrorism and global warming indigenous peoples demand a place at the table to decide policy about energy, boundaries, traditional knowledge, climate change, intellectual property, land, environment, clean water, education, war, terrorism, health and the role of democracy in society.

In this volume, Rudolph C. Ryser describes how indigenous peoples transformed themselves from anthropological curiosities into politically influential voices in domestic and international deliberations affecting everyone on the planet. He reveals in documentary detail how since the 1970s indigenous peoples politically formed governing authorities over peoples, territories and resources raising important questions and offering new solutions to profound challenges to human life.

Rudolph Ryser is the Chair and faculty at the Center for World Indigenous Studies. Rudolph has for more than 40-years worked in the field of Indian Affairs as a writer and researcher and as Indian rights advocate. Rudolph is also a traditional foods chef and has taught widely on Historical Trauma, cultural models of addictions recovery, Diabetes and Culture, Foods and Medicine. He has developed and conducted workshops and seminars  internationally on health, community organization, self-government, and natural resource management.