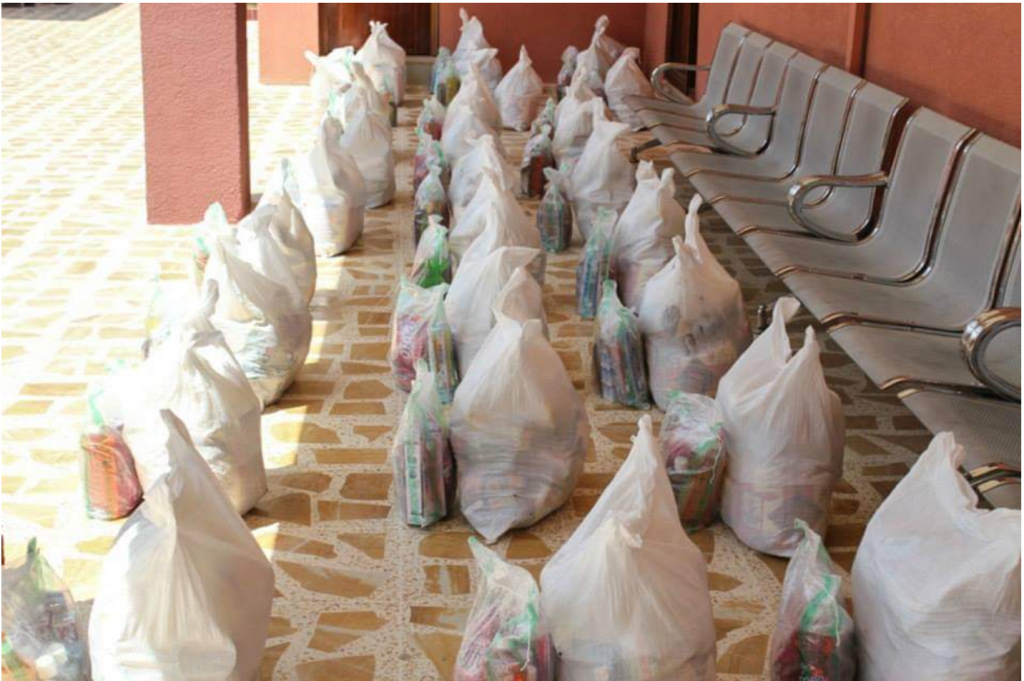 The Yezidi Santana Dharma Society (YSDS) operates under the fiscal sponsorship of the Center for World Indigenous Studies established to provide aid and support to the Ezidikhan national government in northern Iraq. The YSDS received a $6,000 USD grant from the San Diego based International Relief Team organization in August 2019 to provide emergency medicines and foods to Yezidi women and children at risk of starvation after Kurdish military set Yezidi food crops ablaze – destroying 90% of the food crops on which Yezidi need to survive into 2020. The emergency affected especially women and children made vulnerable into August and September of 2019.

The Yezidi Santana Dharma Society immediately transmitted the grant funds to the Ezidikhan Government’s Finance minister to purchase foods and medicines for at least forty of the most vulnerable.

Mother and daughter recipients of one-month food and medicine under the Ezidikhan Seeds for Life Program with a grant from the International Relief Team in San Diago, California. (Source: Ezidikhan Government – September 2019)

The Seeds for Life program was launched by the Ezidikhan government in 2018 reflecting the importance of “seeds” in the cultures of the Yezidi and neighboring peoples. Seeds after harvest are to be shared with members in the community to provide for next season’s crop.  The Kurdish Regional Government in Iraq has been assisted by the Iraqi government to occupy Ezidikhan and to engage in actions to replace Yezidi with Kurdish citizens. The replacement efforts of the Kurdish Government have been denounced by the Ezidikhan government as an overt act of genocide. This denunciation was further affirmed by the deliberate torching of Yezidi food crops intended to force Yezidi from their villages. The Yezidi did not leave, but with the help of the Ezidikhan government began the process of obtaining foods and medicines for the people.

The Ezidikhan government has learned that though the destruction of food crops resulted in a loss of more than $300 million (USD) worth of food, the Iraqi government has failed to offer any help, and the Kurdish government claims no responsibility. Prime Minister Barjis Khalaf has directly appealed to the state governments of India and Germany for assistance, but Iraq’s appears to be blocking such aid. The circumstances now evident leave the Ezidikhan government to fend for itself and obtain small amounts of funds that can be used to feed the people.

« Collapse of Biodiversity “I want you to act!”
America Betrays Indigenous Peoples »