When it comes to the home countries of some Nobel Peace Prize Laureates, i.e. Elie Wiesel, Aung San Suu Kyi and Barack Obama, there is a giant blind spot toward… 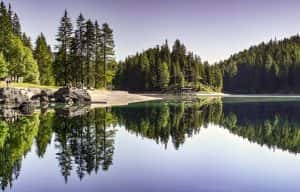 Biafra, the re-emerging nation of Igbo people and their allies seek to reclaim their political right to freely choose their own political future through nonviolent political transformation, receives strong endorsement…

In an attempt to undermine the legitimacy of tribal sovereignty and resource protection, the Seattle Times editorial board conflates treaty fishing rights of Northwest Indians with undue political influence. Rather…

In 1966, a Black entertainer named Dick Gregory went to jail for six months in Olympia WA for supporting Northwest Indians in their fight to keep their treaty-reserved fishing rights….

As noted in The Walrus, “the principled politician who engaged with Idle No More protesters became the Prime Minister who boasted about building pipelines through our lands.”

The WA GOP Senate is currently holding the capital budget hostage over the WA Supreme Court ruling on water rights. This is the focus of CERA recruitment, not fossil fuel…